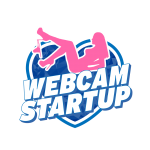 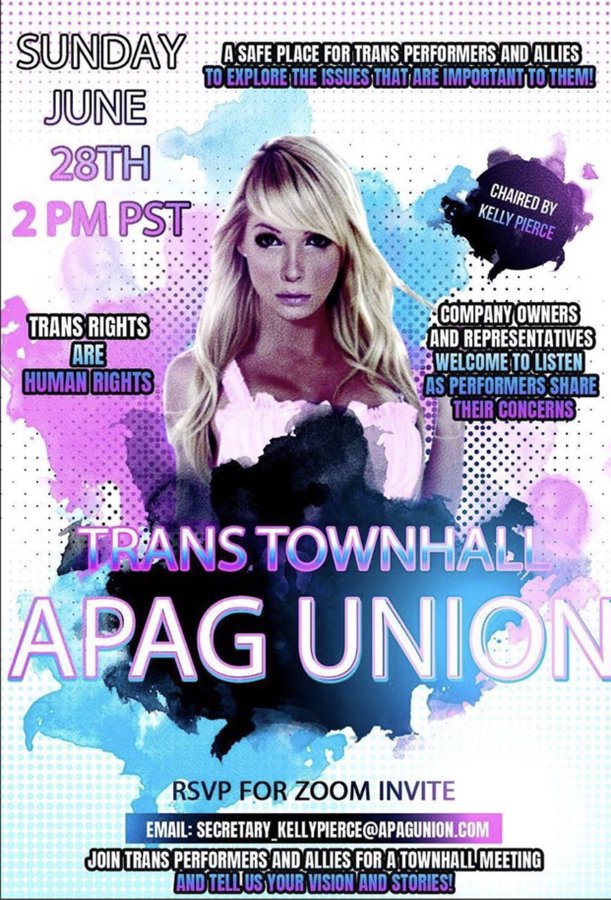 Following the relative success of its Zoom town hall on racism in the adult industry, the Adult Performers Actors Guild (APAG) has announced another town hall. Also hosted on Zoom, the meeting takes place on Sunday, June 28, 2020 at 2pm Pacific/5pm Eastern Time. Described as “a safe place for trans performers and allies to explore the issues that are important to them”, all are welcome to attend, and APAG specifically encourages company reps to attend in order “to listen as performers share their concerns”.

APAG’s Trans Town Hall meeting will be hosted and chaired by Kelly Pierce, the union’s secretary-treasurer who has recently found herself in hot water over tweets made from the @APAGunion account. As the sole trans performer who is/was visibly active on the APAG social media accounts, Kelly serves as the voice of the trans community to the union. While it is understandable that she seemed the natural choice to host a town hall meeting on trans issues in the adult industry, Kelly has posted some tweets on her personal account that indicate she may not be as open and understanding when it comes to a diverse group of trans voices.


When asked about creating a “safe space” for trans performers with a host that can be quite abrasive when her views are challenged, APAG initially avoiding the question before confirming that 2 counselors–1 male and 1 female–will be in attendance during the meeting.

To RSVP for the APAG Trans Town Hall, email secretary_kellypierce@apagunion.com

The Cupcake Girls name Charlotte Stokely as a “Community Activator”

Pineapple Support launches “Advice to My Younger Self” campaign